On February 1,  BLDG Memphis kicked off Black History Month and our first Pizza with Planners of the year with a discussion around demystifying transit funding.

The event was a part of a series of events focused on transit equity. Transit Equity Day is a collaborative effort of several organizations and unions to promote public transit as a civil right and a strategy to combat climate change. Transit Equity Day is celebrated February 4 on Rosa Park's birthday. Executive Director Deveney Perry opened the event: “We honor her leadership and mobilization of her Montgomery Alabama community and acknowledge the intersections of equity and race in transit since the day she refused to give up her seat on a public bus to a white passenger in December of 1955.” 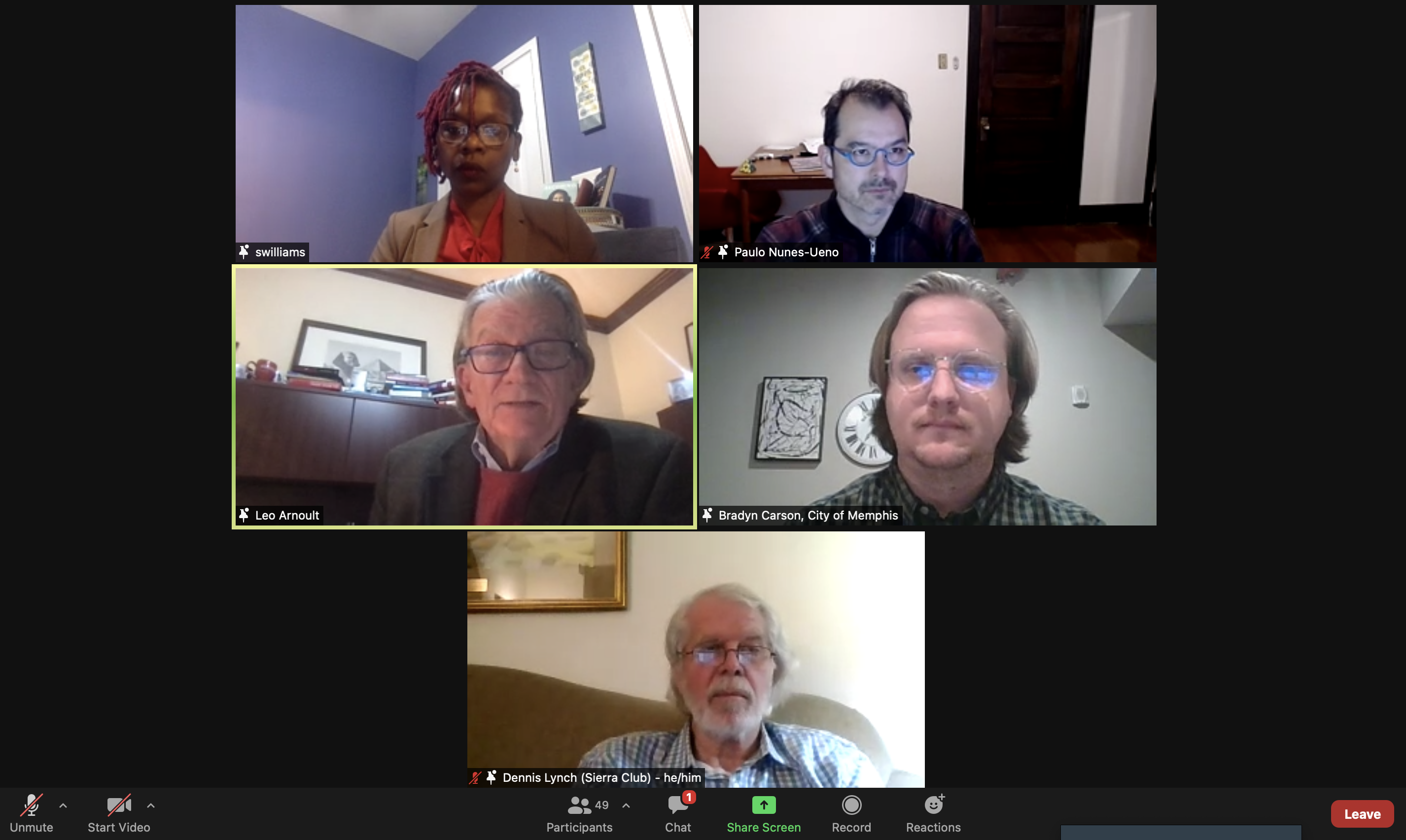 Sheila Williams, Board Member of MATA (Memphis Area Transit Authority) and Co-Founder of Memphis Bus Riders Union, moderated the event. John Lancaster, Director of Planning and Scheduling at MATA, discussed the current issues with the transit in Memphis and future innovations of MATA. Community Panelists included Bradyn Carson of the City of Memphis Office of Planning and Development, Leo Arnoult of Micah Memphis, Dennis Lynch of the Sierra Club, and Paulo Nunes-Ueno of Innovate Memphis, who all talked about future expansions of MATA and Transit Vision.

To kick off the event, the panelists discussed the lack of funding for MATA, with the City of Memphis doing little to increase funding of our transit despite an increase of inflation. Arnoult explained that funding compared to the Consumer Price Index reveals a shortfall of $539 million over 40 years. When funding does not keep pace with inflation, routes are cut. Lancaster stated that “In 1970, over 300 buses were operating in 150 square miles, now, only 80 buses operate for over 300 square miles.” Memphis also compares poorly in transit funding compared to other similar sized cities like Louisville, Nashville, St. Louis, and Indianapolis. Memphis receives $70 million a year for transit funding, while St. Louis receives over $300 million. A big reason for lack of funding is that there are no dedicated funds for Memphis. The lowest funded transit systems in the country usually come from general city funds, where the transit competes with other essential city services.

However, there are many economic and social benefits of a well funded system:  “For every dollar invested in the transit, [the community] gets five dollars back.” Lancaster said.  Social benefits include reduced congestion, better air quality, and helps lift up those experiencing poverty in our community. Nunes-Ueno from Innovate Memphis also talked about the benefit of a well funded transit system to reduce poverty: “The number one factor that helps people escape poverty is access to transportation.” He explained that having access to a transit system allows people to connect to opportunities that otherwise would not be available. For example, more routes allow people to get to work or school and allows for less delays in the transit without the added cost of a car.

Arnoult, Lynch, and Nunes-Ueno support the Transit Vision project, which calls for $38 million extra funding a year (from a dedicated source of funding), so that 39% of jobs are reachable in an hour by transit for the average Memphian, 45% more jobs reachable in an hour for minority residents and 49% for low income residents, and provides Memphis with 103,000 more jobs. They believe that transit equity is the start of an equitable economy, and therefore is a political and civil rights issue.

You can support BLDG Memphis and Transit Funding by signing the Better Transit for a Better Memphis petition.