Are We Safe on Memphis Roads? My Father Was Not.

When nonprofit BLDG Memphis asked me to give a resident testimonial about my father's fatal bike crash and its effect on my family, I wondered how I would even begin to describe the tragedy that changed our lives in ways both predictable and unforeseen. 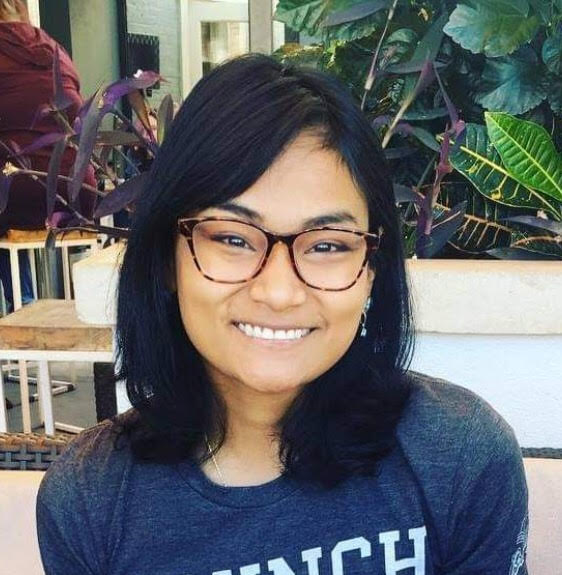 Just over one year ago, my father, Steve Montgomery, who served as senior pastor at Idlewild Presbyterian Church, invited my partner and me to his home to watch “Hamilton,” a show well loved by my father, who was a history buff and social justice advocate.

After the show, we left so my dad could enjoy his after-dinner bike ride. He had retired after 39 years in ministry and began biking for his physical health, as well as to see his friends throughout the neighborhood. Around 8:30 that night, my mother called to tell me my dad had not returned. The sun was setting, and I felt in the pit of my stomach that something was wrong. After a short time, I encouraged her to call the police.

A cyclist who fit my dad’s description had been admitted to the intensive care unit at Regional One Health after being struck by a car. From this point on, the night became a nightmare from which I couldn't wake up. When we arrived at the hospital, only one of us could enter due to COVID-19 restrictions.

The hospital chaplain escorted my mother and me to a secluded waiting room. He had taken classes at Memphis Theological Seminary, where my dad was an adjunct faculty member. He’s also previously been my neighbor and had seen my dad drop me home after our father-daughter outings. The chaplain had been able to positively identify my dad, who didn’t have his wallet on him.

A medical professional told us my dad, who was on a ventilator and unresponsive, had multiple broken bones, a shattered pelvis, internal bleeding, and clotting. The most severe injury was to his brain, but they wouldn’t know more until, or if, the swelling went down. Church Health Center Founder Scott Morris, a friend of my parents since their time at Yale Divinity School, gave us doctors’ reports. Due to my mom’s fragile health, most of the family responsibilities fell on my shoulders.

After two days, we began to grasp the reality of the situation. The brain swelling had not decreased, and even if it had, my dad would be a quadriplegic. The doctors called it "locked-in" syndrome, which is exactly how it sounds: the mind is trapped in a body that can’t move, and we weren’t even sure how much of his mind was left.

My dad had a living will, which directed doctors to pull the plug should he ever be dependent on life-support machines for his survival. We honored my father's wishes.

On July 31, 2020, three days after the crash, we went to the hospital. Due to the pandemic, only immediate family members were allowed to visit. So, I called my two uncles -- also Presbyterian ministers -- and my aunt to say their goodbyes. It’s hard to remember much during this traumatic time, but our musically inclined Presbyterian family sang the “Doxology," a short hymn of praise used to end church services.

As the days passed, we began to paint a picture of what had happened to my dad. He was wearing a helmet and riding north in the bike lane on Perkins when he was hit. The driver told police that he was traveling in the same direction when my dad "started to turn left as if he was trying to go west on Sequoia Road...." The driver was not cited or arrested, and the car that hit my dad was equipped with large horsepower and designed with poor visibility.

That driver, along with another driver who was passing by in a truck, stopped to help. The truck driver was a retired Navy medic who attempted to keep my dad awake, while nearby residents brought blankets. The crash occurred about 7:30 p.m. on July 28, 2020, about 1.5 miles from my parents' home. My dad would have turned 69 on August 21.

With the help of the church, I was initially able to take over care of my mom. She must adhere to a special diet, and my dad had been her cook. I couldn’t believe the amount of effort he had put into preparing her meals. After a year, my mom and I are still trying to work out a sustainable balance, where she receives the care she needs while I can live my own life.

I am reminded of how many people my father impacted when a stranger hears my name and speaks of my dad’s social justice work, or his positive influence on Memphis. I am filled with absolute joy knowing people cared for him.

When I recently moved to a new place, I suddenly realized my dad wouldn’t be there to help me.  During a previous move, I had stood in my living room crying, until my dad walked in with coffee and a hug and told me to give myself some grace. That’s who he was.

Sharing this story with a community that is working to advance pedestrian safety in our city not only carries on my dad's legacy, but it brings us closer to preventing this from happening to someone else.

Sumi Montgomery, an alumna of Rhodes College and the University of Memphis, serves as data and development coordinator at Center for Transforming Communities.